A History, A Legacy by Jordan Saltzman

Jordan Saltzman is a qualified museum professional with a special interest in interpretation, public engagement, and using heritage and art for social change and development. In November 2016 Jordan volunteered to Project Manage the Children’s Memorial Institute Heritage Project. Jordan has been integral in going through the CMI’s archives and developing structures and systems to protect and share the information in the Children’s Memorial Institute Archives. Jordan has extensive knowledge on the CMI Archives and Building. 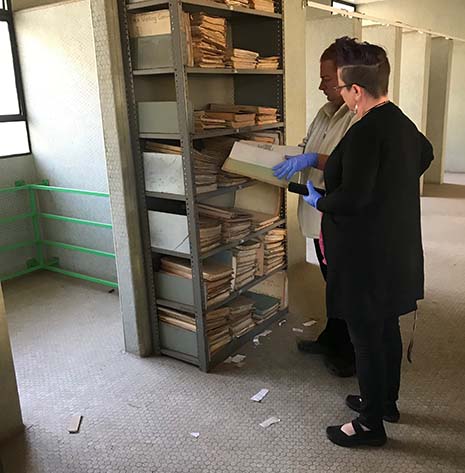 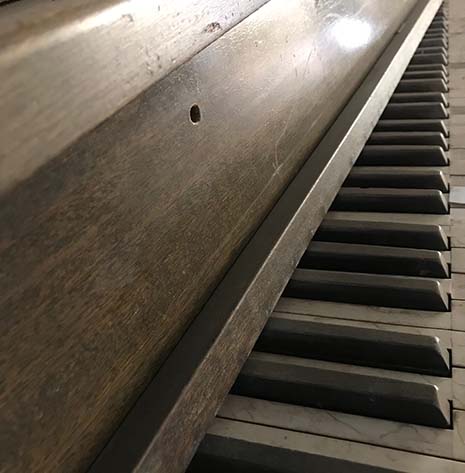 Regular Archive Tours are conducted and provide a fascinating look into the history of the Children’s Memorial Institute. For more information on Archive Tours, please email: archives@cmi.org.za

The CMI Archives include the Birth Records of the Queen Victoria Nursing Home. We are inundated with requests for copies of the records and we are happy to assist if the records are among the registers we have. It is important to note that the records are not yet digitised and a search fee is requested. If you would like for us to search for your record, please send us an email – archives@cmi.org.za

The Children’s Memorial Institute has a legacy that stretches almost 100 years, as one of the first facilities on the continent established specifically for children’s health and wellbeing. Originally a children’s hospital, the prime purpose of the site has developed and changed over the decades, but the general themes and objectives have remained consistent, a testament to the innovative, effective and compassionate work done here.

The initial idea for the site came from four ordinary citizens, members of the National Council for Women, who wanted to create a memorial to those who died fighting in the First World War. They wanted to develop something which would have a more ‘practical’ and positive impact, and which would honour the memories of the dead by contributing to a better future for the next generation. After consultation with community workers it was decided that a children’s hospital was a necessary and fitting tribute, and they undertook the extensive task of securing land, funding, staffing and public support. Through the cooperation of municipal, professional, private and community giving, the Transvaal Memorial Hospital for Children (TMH) was officially opened on 29 October 1923.

The need for the hospital became apparent with its consistent expansions and developments after opening. With the improvements of medicine over time -and especially after WW2- TMH added a large addition to the site in 1961 which included the expansion of several departments and more outpatient services, many of these focused on community medicine, and psychological and social services. Over its first five decades the TMH became not only a site of healing for numerous children, but a vital training space for doctors, nurses and other healthcare practitioners, and a leading academic hospital and site for paediatric care.

With the construction of the ‘new’ General Hospital (now Charlotte Maxeke Academic), medical departments and hospital facilities were moved to the new location by the end of the seventies, marking the closure of the Transvaal Memorial Hospital for Children. But, with many outpatient services still operational, healthcare workers rallied to keep the building available as a health facility to ensure vulnerable children could continue to receive adequate care. The mid-80s therefore saw the development of the building as it is now known: a hub for NGOs and services focused on children’s safety, development and care. The site was renamed the Transvaal Memorial Institute for Children, and later, the Children’s Memorial Institute.

CMI now serves as a multidisciplinary community hub which has consistently housed approximately thirty independent Non-profit Organisations offering varied services, but all still focused on children. A sustainable mixed-use facility that is considered an innovative model even to this day. Unlike many heritage buildings in the inner city which lie dormant and derelict, CMI is a building that is not only habitable and functional, but well-used and well-loved. Considering the drastic changes our city has undergone over the past decades, it is even more remarkable that the building remains a busy and productive space whilst still remaining so close to its original intention. The Children’s Memorial Institute is a building that is proud of its heritage but not stuck in the past, and it believes in its original objective without being afraid to adapt to change. While it acknowledges the challenges of its space it does not see it as a burden and takes pride in its history as an integral part of its current identity. 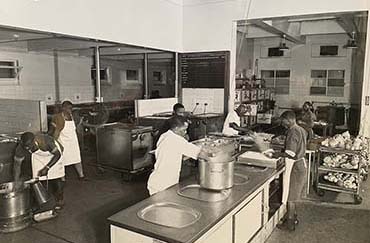 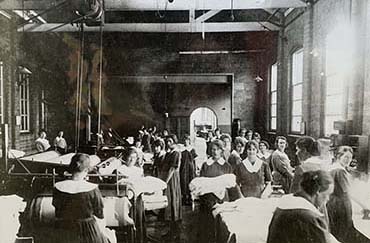 The Laundry, year of photograph not recorded. The caption on the photograph notes, “Today’s industrial laundry is capable of processing one million pieces of laundry a month – a far cry from 1893 when the first washing and drying rooms came into being.”It is interesting to note that the Laundry servicing the Charlotte Maxeke Hospital is still on the CMI grounds 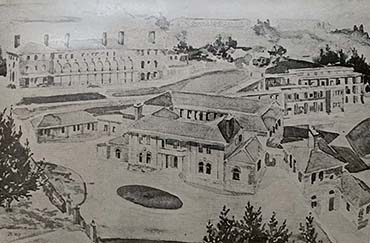 “Bird’s Eye View of the Hospital”, a photograph of a drawing by the Architects 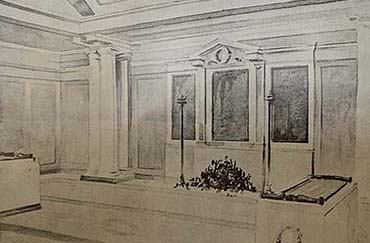 The Memorial Hall, a photograph of a drawing by the Architects 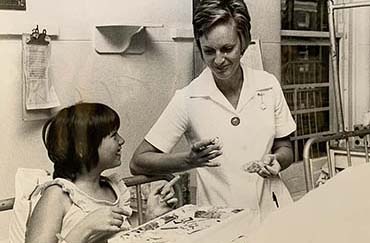 A Physiotherapist and her young patient, photograph by Claude Seaton 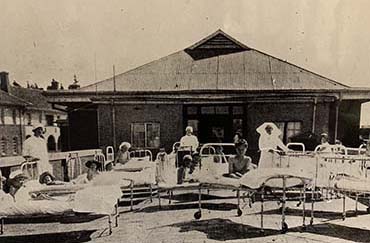 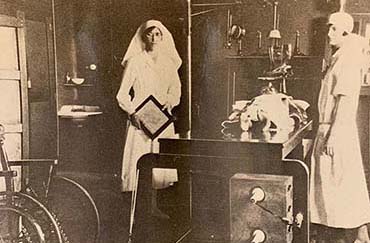 Nurses and their young patient. Year of photograph not recorded 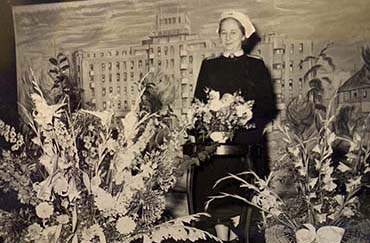 The retirement celebration of Matron in Chief – Miss Anderssen. The caption on the photograph reads, “Miss Anderssen, Matron-in-Chief from 1953 – 1957 at her retirement party” 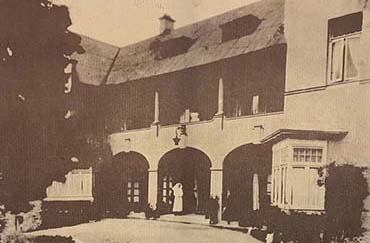 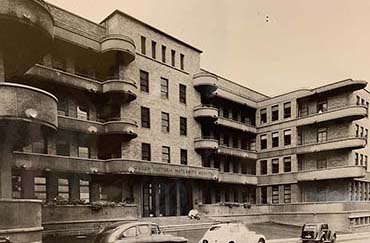 The Queen Victoria Maternity Home – which is across the road from The Children’s Memorial Institute. Date of photograph not recorded 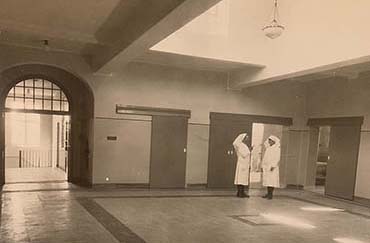 Nurses at The Transvaal Memorial Children’s Hospital. Date of photograph not recorded 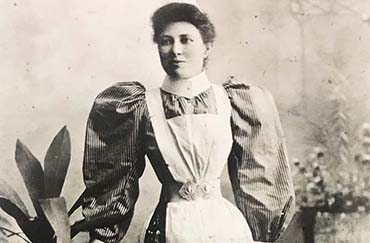