A Chance to Play 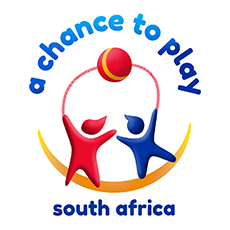 About:
A Chance to Play Southern Africa (ACTPSA) was established by partners involved in implementing the A Chance to Play Programme which aimed at protecting children from trafficking and other possible social ills in the run up to World Cup 2010.

ACTPSA was launched in October 2011 with the support of international child rights organisation, Terres des hommes Germany, and the VW Works council. Its model was adopted for the World Cup in Brazil in 2014.

The main priority of A Chance to Play’s work is to mobilize the collective knowlege, skills, expertise, influence and power of alliance partners to realize and enshrine the right to play in municipal government’s intergated development plans. A Chance to Play‘s overall goal is to strengthen societal and citizen action to recognise and enable play for a more just, inclusive and sustainable world.